EGN aims to improve services for unaccompanied children in the Member States of the European Union through guardianship development and assistance to practitioners and their organizations.

EGN started in 2008 as a project funded by the European Commission European Refugee Fund (ERF). Its aim was to improve services for unaccompanied and separated children in the Member States of the European Union through guardianship development and assistance to practitioners and their organisations. The project emphasized the importance of parental responsibility for safeguarding the rights and wellbeing of children and promoted guardianship as an instrument to this end.

EGN was formally established in 2019 to assist the transformation of all steps taken in the past decade into firmer establishment of (professional) guardianship in national systems in the EU. The network will enable further professionalisation of guardianship systems, thus further improving the outcome for the children in the system.

The first steps towards a European Guardianship Network were taken in 2005, resulting in a European Refugee Fund project initiated by Nidos (NL) and Refugium e.V. (DE). Several projects on guardianship and sub-themes around guardianship have been completed since, financed by the European Commission under the European Programme for Integration and Migration and the Rights, Equality and Citizenship programme, among others. Organisations participated on a project basis.

Until recently the network consisted of several projects, aiming at developing the quality and quantity of and knowledge about guardianship. Projects were set up by different alliances of organisations. At the beginning of 2019 the network was transformed to a more formal, member-based structure, based on recent developments in the EU and in several member states towards more professionalism in guardianship.

About guardianship
When an unaccompanied or separated child enters the European Union, they need a representative taking parental responsibility, who has the mandate to take important decisions in their best interest. Furthermore, this representative takes the responsibility for arranging all their basic needs and assisting them in the asylum procedure. EGN believes that a guardian is the best representative for this arrangement. The guardian is not only made responsible for the child, but is also equipped to take that responsibility in difficult matters such as return, Dublin, family tracing and the asylum procedure.

Working Standards
Professional guardianship is not the rule in Europe. Guardians are often volunteers, with only their own network, their passion and a few days of training to rely on. While this is already a challenge in the simplest of guardianship cases, it becomes a serious problem in the more difficult ones. EGN partners promote all development towards professional guardianship and increased quality of guardianship. From this principle, more resources, training, access to information and assistance for individual or voluntary guardians is welcomed and is supported by EGN. EGN wants to improve the working standards of guardians and – by doing so – the rights and well-being of unaccompanied and separated children by assisting in the development of guardianship systems, offering support to individual guardians or social workers and exchanging good practices.

Unaccompanied children have attracted more attention in the past decade, leading slowly to a more structural and research-based approach. Aspects such as human rights, guardianship, reception and return are better documented, other areas however are still less explored. 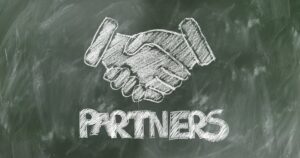 If you are a guardian, ENGI can be of added value to your work. Please visit the Projects section for more information about Dublin cases, reception in families, methodologies on guardanship and participation of unaccompanied minors, and monitoring of children after returns.